Hello and welcome to another sneak peek for Alchemica - Chapter 2.

Just like last week's post, we are still showing you guys new items that will be available for the new update.

A few of the new items we showed to you guys can be obtained before Chapter 2 starts on the storyline. Because of this reason, when the update hits, there are some rebalancing for existing items in the game, along with some alteration on names and sprites. One example of this are for existing slingshots since we will be introducing some weaker, craftable, slingshots before Charlotte can visit the bazaar.

A second change is that unlike the current build of game, in the future potions will also consume stamina when being used outside of battle. This change is made in order to make stamina management more meaningful whenever you are exploring the dungeon.

Also, a bit of tweak is being added to the dungeons. As treasure chests become more important for the next update, future chests spawn rate will also be affected according to Charlotte's LUK stat and dungeon experience.

There is also this handful feature: 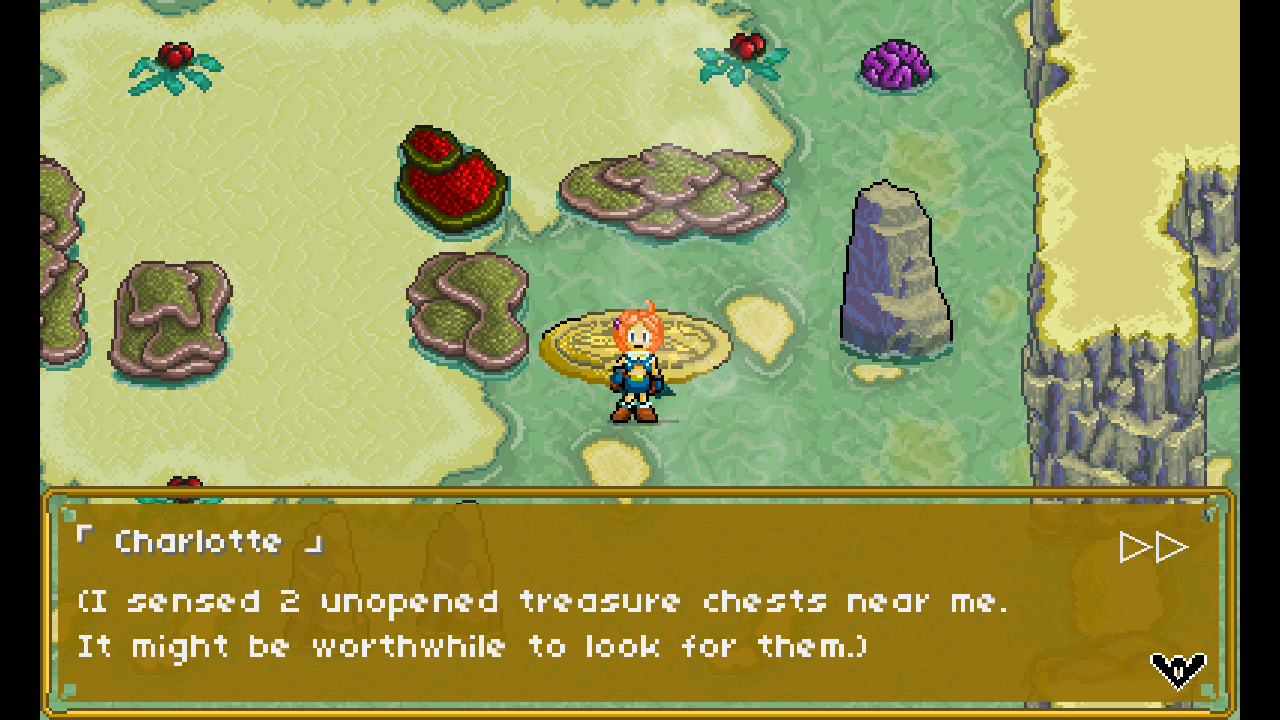 We will be adding more stuff to the game and we will be announcing it to you guys as we slowly but surely progress toward Chapter 2.

That is it for today, see you next time!