Welcome to Rochendil, a fantasy realm filled with magic and mystery. Peace has reigned the continent for years, but signs of dark times are starting to loom on the horizon.

Journey as Charlotte, a young girl returning to her hometown as an alchemist to pursue her dream to become a successful merchant. Little does she know about her monumental role in carving the fate of her world...

Main Features
• Retro-based role playing game with beautifully hand drawn pixel art graphics.
• Light hearted story with lots of interesting characters to interact with.
• Over a dozen of enemies to battle.
• Multiple combinations of items to discover and craft
• Manage your store, win over customers, and become a successful merchant.

Gain Profit
• Fill your store with the loots you collected and the items you crafted.
• Haggle your way against various type of patrons to earn gold coins.
• Become a renowned and successful merchant!

Are you done copying and pasting your text?

Gosh i LOVED this game! I´m playing for almost half a year now and i can´t take my eyes out of it. I hope that the dev continue to expand the game and that he/she add more recipes and all. Also im so tented to discover more of her fathers history, im trying to find the other part of the letter. Please keep up with that amazing game, here in Brazil i already have two friends of mine interested on it.

Kinda disappointed that I can't find a Twitter for game dev :( but I'm kinda hooked on this buggy game, and got somewhat excited when I realized the dev was actually putting time into improving/expanding it.  Wish it'd stop crashing and having graphical errors, though :\

Until the crashes are solved, maybe a soft save upon finishing a combat, so upon reloading game you choose start of zone or end of combat?  Would get rid of the part where I fight a bunch of monsters but then lose it all and have to restart the area.  Which happens frequently.

Also, why is it that nobody's buying my old armor or the cupcakes and cakes I bought from next door?  I can't appear to sell my old armor to the Eagledeen vendor, so it should be something I can sell in my shop.  Is it just that the right buyer hasn't entered yet? because I've had multiple times when the shop closes without any sales, though my shelves are stocked with cupcakes and such.

And I'd like to see an alchemist or magic user from a neighboring area, or one who's just starting out, use my shop to buy extra mats for their work.  That way I could get rid of all this extra slime ooze.  I've started fleeing slimes just to avoid the overstock, and I still get way too much extra from the Fighter Guild forays.  Maybe give us a way to squash slime into higher-level ingredients or something?  Donate it to the Mage Guild for points?  Use it as fertilizer to grow extra resources at home?

(Unbalanced ingredients is one of my pet peeves, from back when I was hooked on Facebook games.  Theirs was deliberate (trying to get you to buy the items you needed), but this one's just incidental.  Still, having a ton of something you can't use, that just takes up space, is irritating, and I hate to just destroy it (might need it later), and I'm always getting more of it.)

Some items, like armors and baked goods from next door, are currently unsellable through the store mini game. There will be an UI update in Chapter 2 which will show which type of customers are interested with a particular item, among other revamps and updates.

Please send us detailed description of the crash and ways to reproduce it: potion/bomb used, enemy types fought, last action that was taken that made the crash, etc. Crashes are difficult to find, but we will fix it immediately if we can reproduce it on our end. Your help will be greatly appreciated.

When can I get/create a bigger backpack?  I assume from the silk?  When will I get recipes to make the silk into something I can sell?  (I've been selling low-quality silk, but saving the good quality for whichever item I can eventually make.)  Why does silk require alchemy, I mean seriously? it's a weird outlier.  Would be less immersion-breaking if I went and sold spiderweb to a specific merchant, and got paid the same price as it would take to buy silk from that merchant (in quantities limited by the amount of spiderweb I brought them).  Also, I'd love to be able to make cloth items and enchant them, or create potions whereby to enchant them, something like that, to sell them.

I've got multiple quests that basically just go "Hey, those guards are blocking the way, can't fulfill this quest yet."  What?  How long before the guards move?  It's been months of in-game time!  I beat the forest and I'm halfway through the temple area, just opened up the graveyard.  Why would I get a quest to deliver flower petals to a shopkeep in Eagledeen at a time when I can't enter any regular shops?  Why didn't the "go to Eagledeen" quest disappear once I went there, instead of constantly reminding me that I can't fulfill the next step yet?

You can only access Eagledeen's Market District for now, but you can access the other buildings if you advance the main story ;)

I still can't find anyone who sharpens swords.  And why is it that broken swords stack, but tiny copper rings don't?  How long before I get the ability to enchant a ring (or a sword)?  Am I missing something here? something I ought to be doing instead of foraging through the dungeon areas, turning the stuff into potions, selling the potions in my shop, taking whichever quests the guild offers, and talking to random people at random times in the hope that something new pops up?

Is there a part of the GUI or whatever that indicates when the Eagledeen merchants happen? because right now, I just have to head over there and see if they're there, which wastes both in-game and out-game time.  (Why does traveling by portal to a nearby town waste a whole chunk of time, anyway?  Shouldn't portal travel be instant, but making use of an area (foraging, shopping, etc.) be the thing that makes time advance when you leave?)  A game that I pull out of my pocket at random times when I'm bored should not also be a game where I have to keep mental track of some sort of schedule within the game world.

There's a calendar on the drawer back at home that can be used to check when the bazaar is available, among other things.

in relation to the broken swords - you can combine 3 of them (1 per slot) to create an iron slab, which you can then sell. The copper rings - there's a few recipes for rings - ones multistep and gives you a fire damage ring and the other (1 copper ring and 2 agate) gives you a ring that sells for ~600gp. Your quests- If you don't have a quest related to the Stony ruins, talk to the lekumbas until you get a quest to go to the end of the stony ruins.

Lastly (for now): I know it's low priority, but I wish I could choose the color hierarchy for the minigame.  I love purple, but it only shows up when the game is complex enough that it's not so fun anymore.  When I finally get enough experience in the game to make it easier and more fun, the purple's gone!  I'd love to be able to set the colors in some menu, individually, either ordering the colors I've discovered so far, or specifically choosing custom colors for each difficulty level.  Also, would be kinda nice if getting a high score at the game gave you an extra potion (if you were doing at least X potions).  Say that for every four potions you're making at once, there's a chance of a fifth potion, so if you were making 12 potions, you could conceivably get back 15 (some chance of getting 13, lower chance of getting 14, very low chance of getting 15), and it's based on how well you played the game.  Also, would be neat to have a bonus round of some sort if you get the potion done and there's still X seconds left on the clock, but only when it's not the easiest level (because that would get tedious).  Maybe an option for which level is the lowest level that bonus rounds kick in on.

Actually, related to that: Have you ever played Puzzle Pirates?  The gameplay is based around a lot of different minigames.  It'd be neat if this game eventually got a couple new minigames for different aspects of gameplay.  Or gave an option of which of three types of minigames is the one you'd like to play for alchemy, so there's a bit of a switch-up and it's not quite so tedious at times.

when is chapter 2 released ?

This looks great! Will we ever see a PC version anytime soon?

No plans at the moment :( 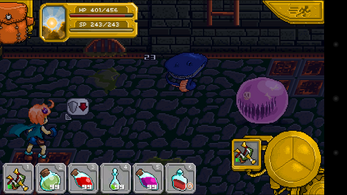 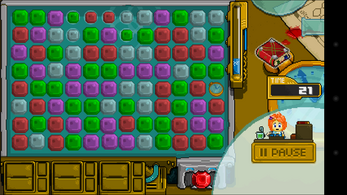 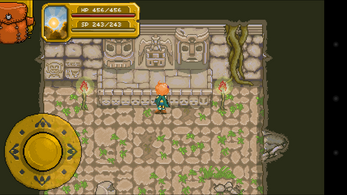 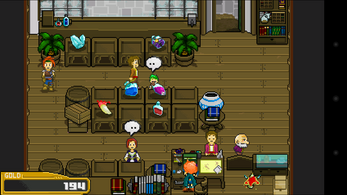 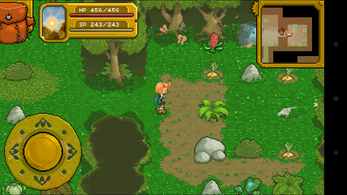